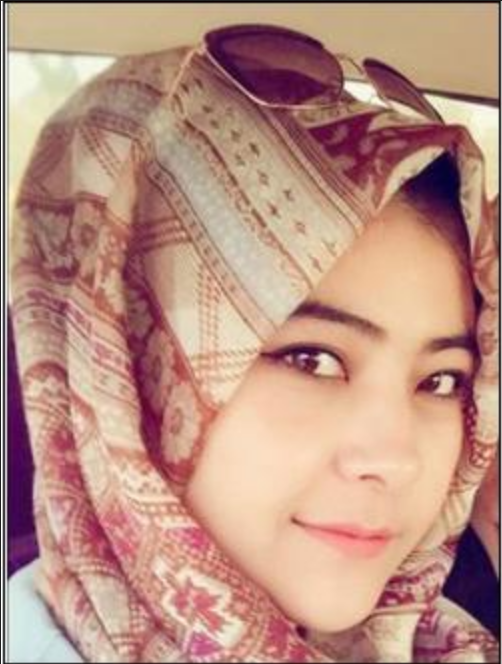 Testimony 1|6: Sedirjan Ayupov, a native of Kazakhstan and a local representative of the World Uyghur Congress. (husband)

From RFA story (Testimony 2): Muyesser Muhemmed (Miyesai Muhedamu), 33 years old, from Atush, Xinjiang, China. She and Sedirdin have 3 children together. She had been applying for Kazakhstan citizenship for 10 days, but has consistently been refused. On August 20, 2016, she returned to her home city in Xinjiang in order to collect supporting documents needed for her citizenship application in Kazakhstan. However, the local authorities sent her to a re-education camp 3 months after her arrival, and she would later be transferred to a prison.

From video testimony (Testimony 1): Miasar Muhidam is an ethnic Uighur who was born in China on October 23, 1986. She met her Kazakhstani husband in Egypt while she was studying there. They got married in 2006 and moved to Kazakhstan in 2007. She went to China in September 2016, because her father was detained and the local police required her to come back to get some information and release her father. However, she had her passport confiscated and later was sent to a re-education camp.

RFA report 2 (Testimony 3): Initially, her passport was taken and she was placed under house arrest, then sent to camp in March 2017. In May 2019, she was transferred to a labor camp, but was returned to a camp in July 2019. It is also likely that she had a forced abortion while in camp as she was pregnant when returning to Xinjiang and lost this baby.

From vlast.kz article (Testimony 5): Sometime during 2016-2017, she got news from her mother that Miyasar's father had been taken to camp. She was invited to "answer some questions" to China. After considerations, she went there with two of her children. She was taken to re-education camp soon after, with the children returning to Kazakhstan. According to Seidirdin, she has already spent almost three years in the camp. During the first three months, she had a phone, through which she was allowed to send pictures sometimes. She was noticeably less healthy. Later, she was taken to a work camp, but a commission review later decided that she needed "3 more years" to study and sent her back for re-education.

Testimony 6: she was released "two months ago" (as of December 2019), but she never contacted her children and he worries that something has happened to her.

Studying in Egypt about 13 years ago.

RFA report (3) (Testimony 4): she appears to have been released from camp and is now working at a factory. According to Sedirdin, she does not look like his wife anymore and appears to have forgotten about him and the family.

Sedirdin was able to get in touch with his wife before she was taken to prison (during which time she warned him not to come to XJ). On another occasion, he was able to find out through a nurse that Muyesser was in a hospital. A month ago (August 2018), Sedirdin also went to the border at Khorgas and managed to call some relatives in XJ from there, who told him about most of Muyesser's relatives being taken, before telling him not to call anymore.

Article about the case (in Russian) (Testimony 5): https://vlast.kz/obsshestvo/34638-isceznuvsaa-v-konclagere.html

According to Sedirdin, almost all of Muyesser's relatives have been taken away to camps as well. Her mother was sentenced to 19 years for going on the hajj. 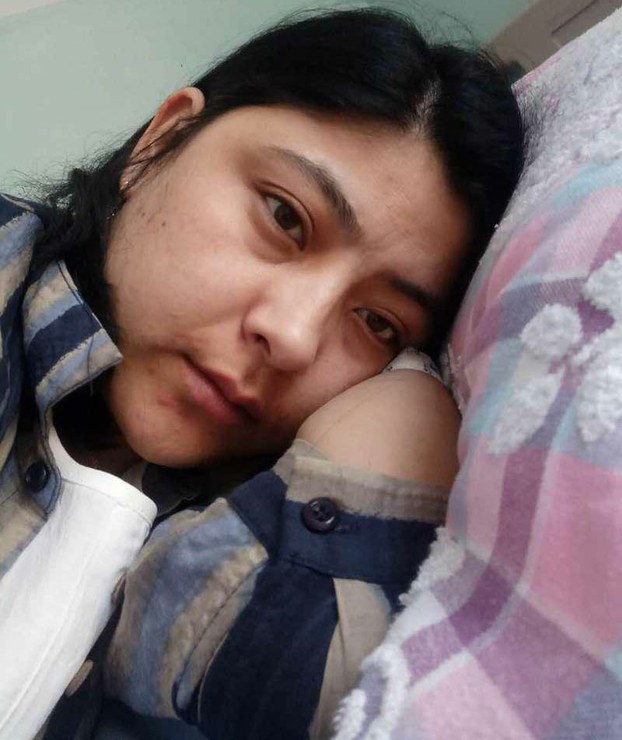 photo in hospital (during camp) 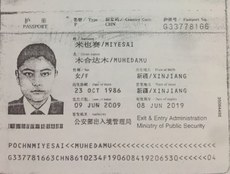 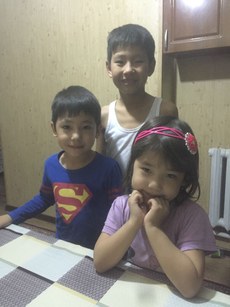 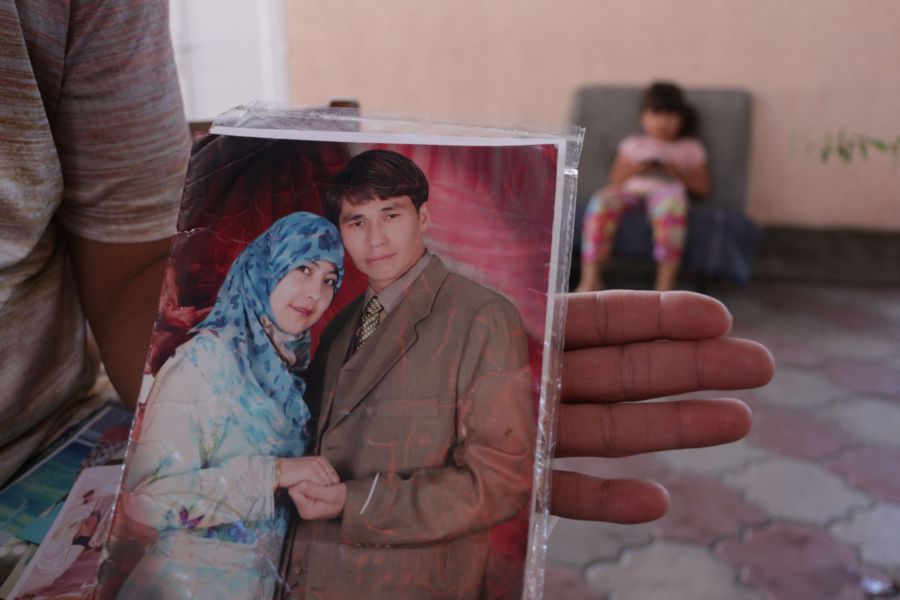 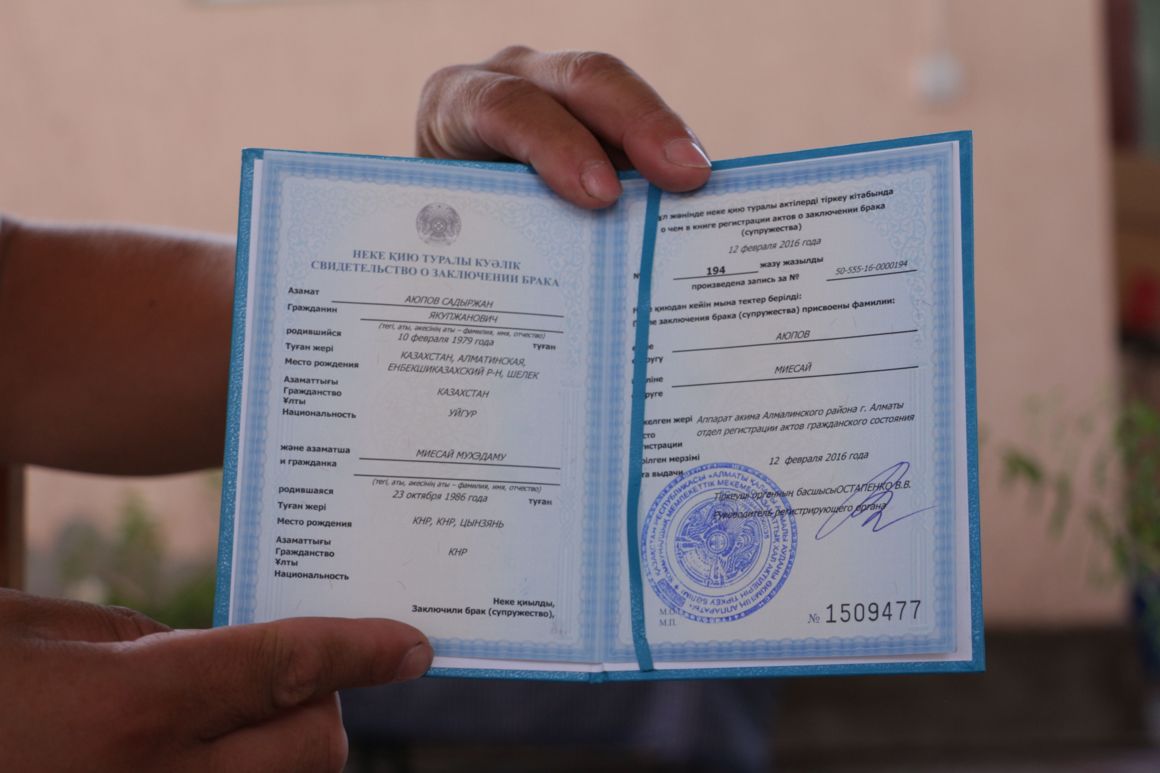 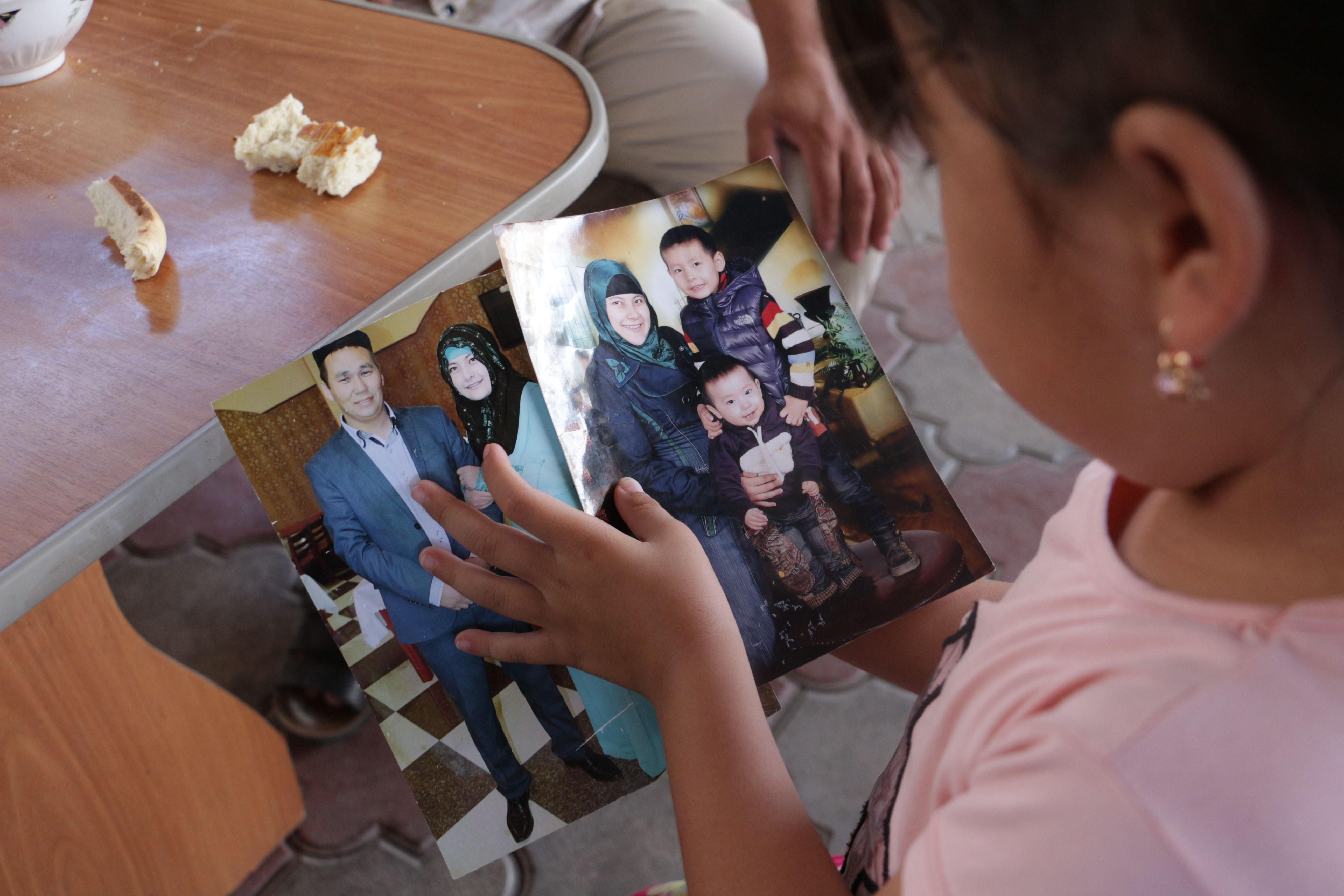 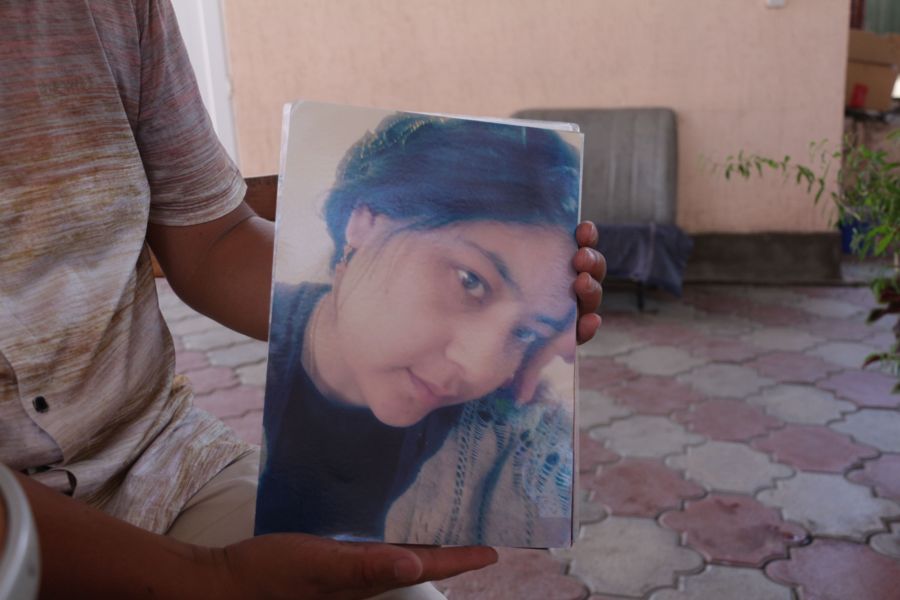 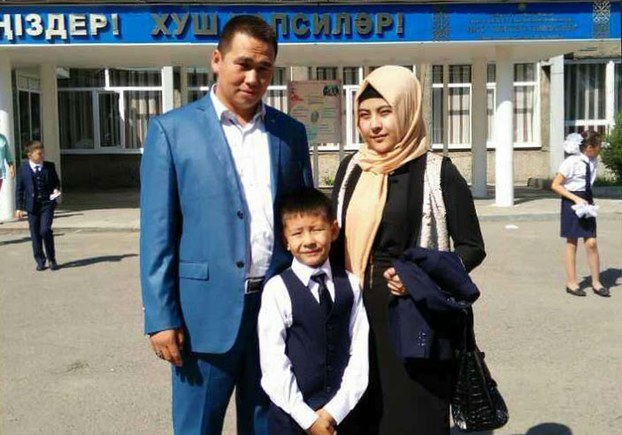 photo with husband and son 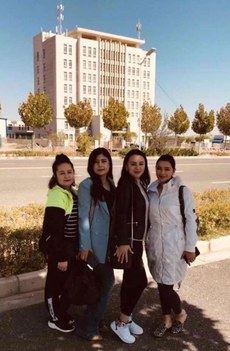 photo after release (second from left)